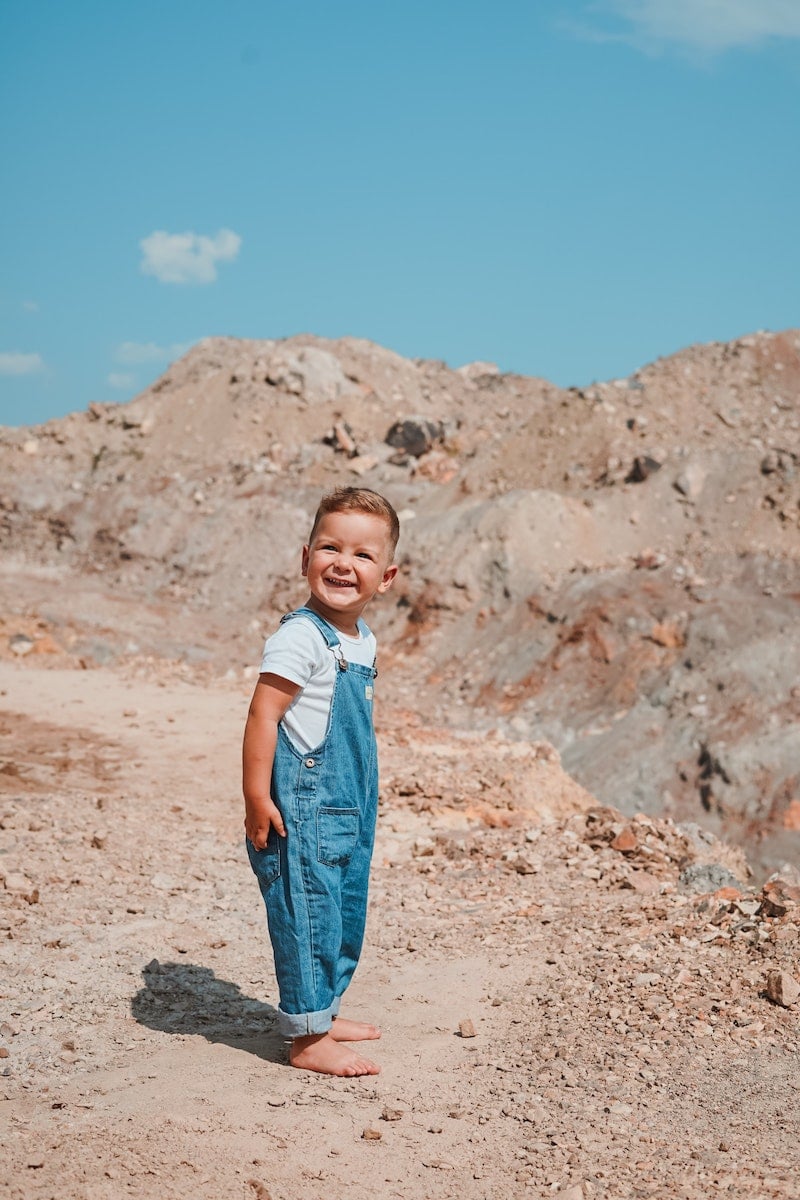 Looking for middle names for Noah?

I’ve scoured dozens of lists and baby name books to come up with my very favorites, so you’re in the right place!

Isn’t choosing your baby’s name one of the most special parts of the journey into parenthood?

Your baby’s name will be with them every day for their entire life.

It will be what they introduce themselves with on their first day of school.

What the dean recites as they walk across the stage to celebrate their achievement.

It will be what the officiant reads as they commit their life to the one they love.

Heck, if you choose the right one, their name may even be passed down to the next generation.

And so, it is with such careful and loving consideration that a name should be chosen. A first name, and a middle name. 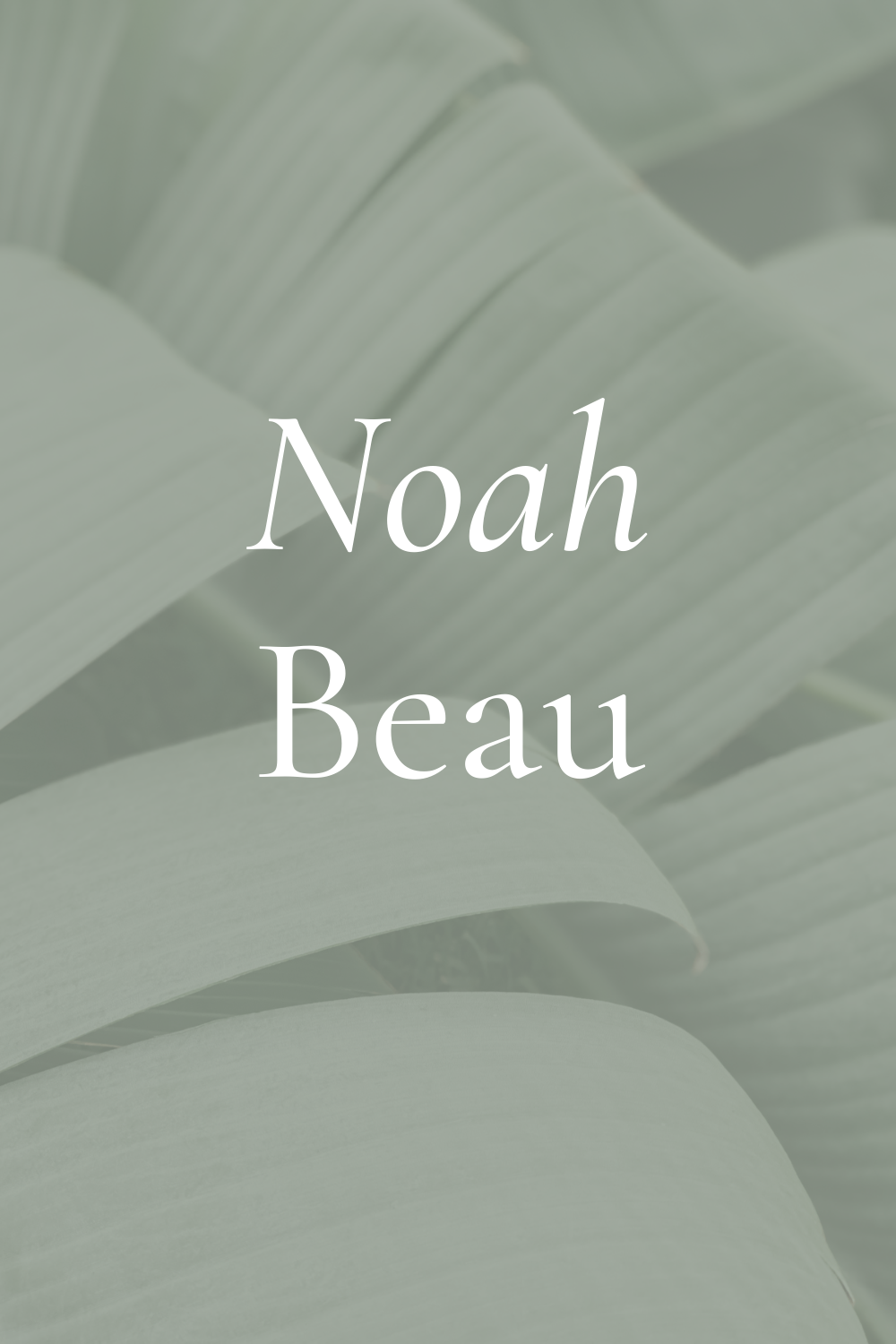 If you have already decided on Noah, well, congratulations!

My hope is that in exploring this list of my favourite, hand-picked middle names for Noah, that you find one that makes your heart go pitter patter.

One worthy of being read on a very special occasion, sometime soon.

About The Name Noah

When my husband and I set out to name our son, Noah was one of our top considerations. I just love it.

What’s in a name?

The name Noah, to me, holds a whole lot of meaning. The story of Noah in the Bible is one of honour, trust, and promise. 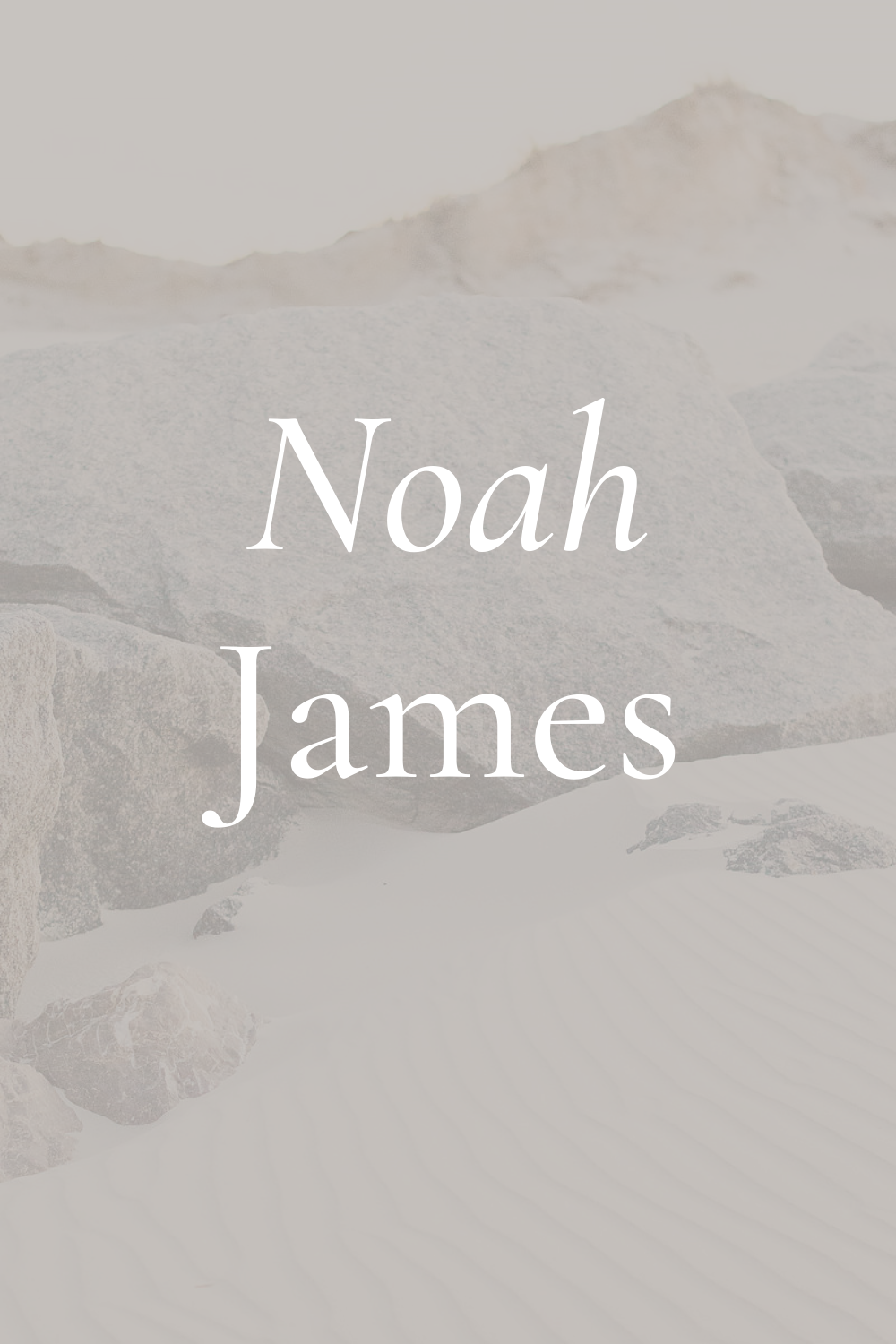 In Genesis, God makes a promise to Noah (that He will never again destroy the earth with a flood.)

And the symbol of that promise is a rainbow.

Genesis 8:11 further explains that a dove carrying an olive branch was used to let Noah know that the floodwaters had receded and that God’s promise had come true;

11 When the dove returned to him in the evening, there in its beak was a freshly plucked olive leaf! Then Noah knew that the water had receded from the earth.

If I were planning the nursery for a baby Noah, I would totally bring those elements in to the design. Rainbow nursery decor is super trendy right now, and incorporating a few rainbow elements and a faux olive tree in the corner would be just so sweet.

How special would it be able to one day explain to your little one the meaning behind these pieces in their nursery? 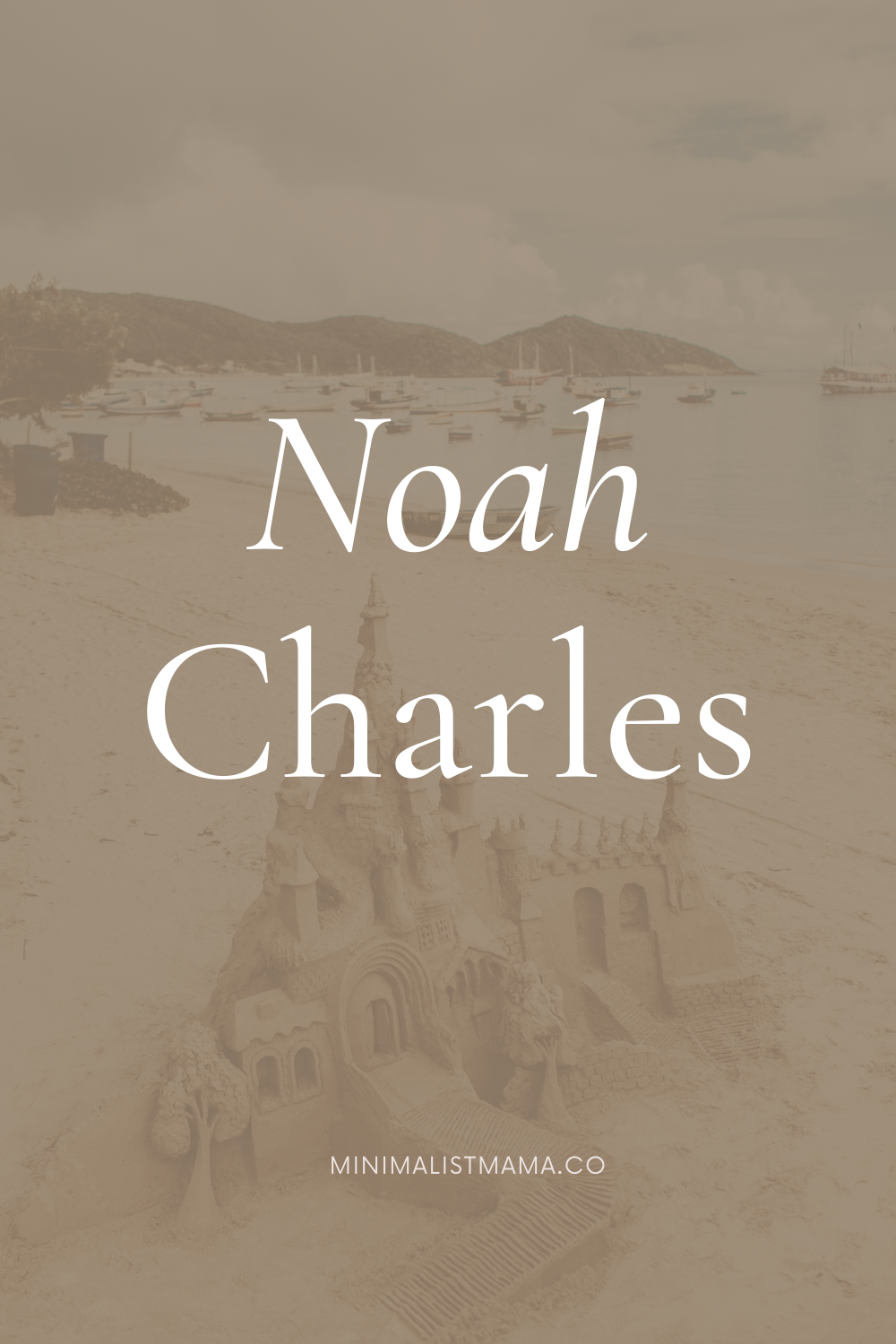 How To Choose A Middle Name for Noah

Choosing a middle name for Noah is no simple feat.

While I was studying marketing in university, I remember going to a talk put on by the school of retail.

One of the directors of the school was running a research study on naming and developing brands that stick, and came to find that one of the sounds that we are most drawn to is repetition.

You’ll notice that many times, when there is a repeating consonant, such as in Noah Nicholas, it just has a nice ring to it.

So I’ve included a few of those. 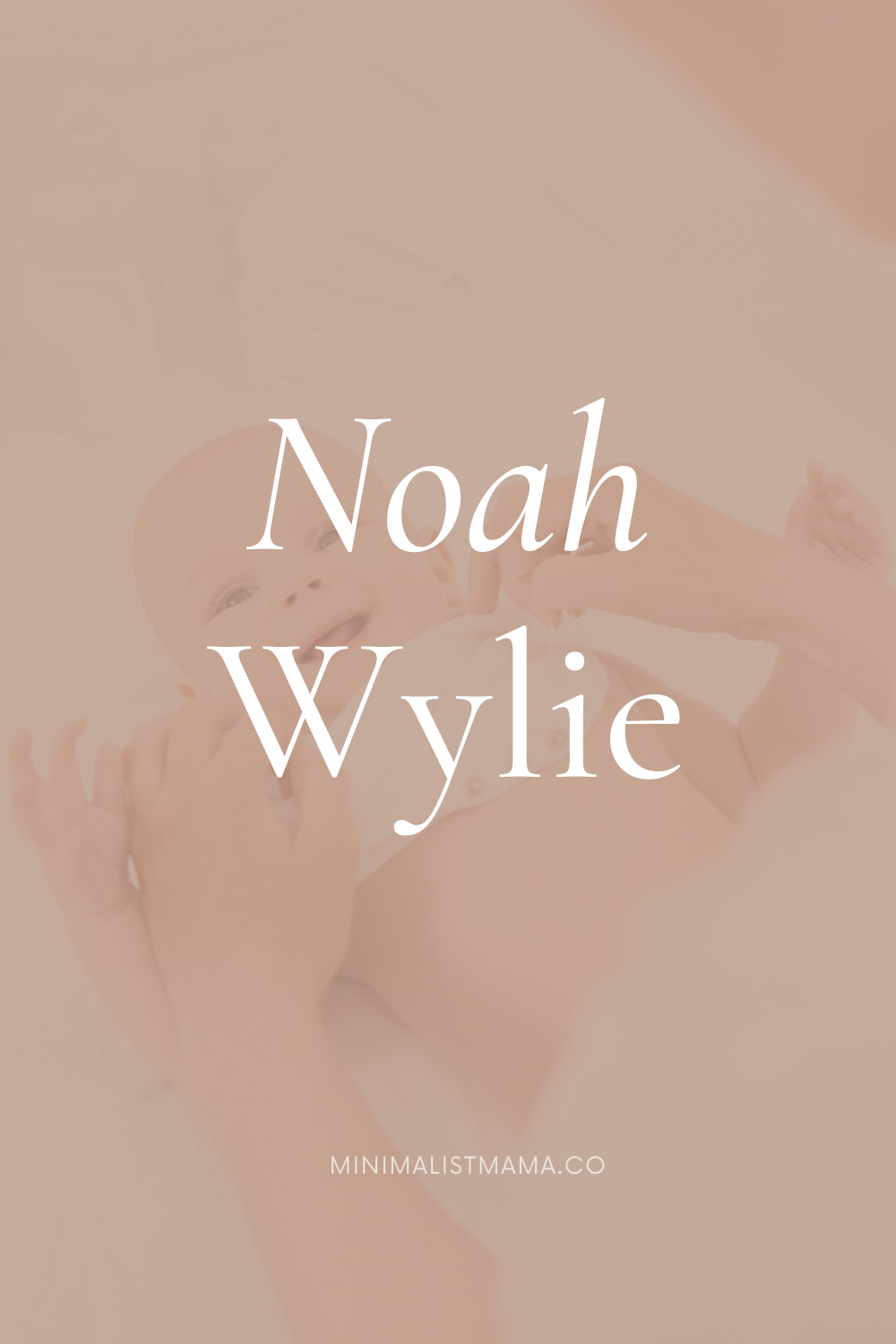 Because Noah, as I’ve mentioned, is a Biblical name, I’ve also included some middle names that feature another character from the Bible.

I’ve mixed in some new, more uncommon names, such as Noah Wyatt, with some more traditional, Noah Henry.

All in all, I feel as though there is a wonderful little mix of names to choose from, and truly hope that you find one you love!

Love the name Noah, but still keeping your options open? Here are some more names like Noah to inspire you: 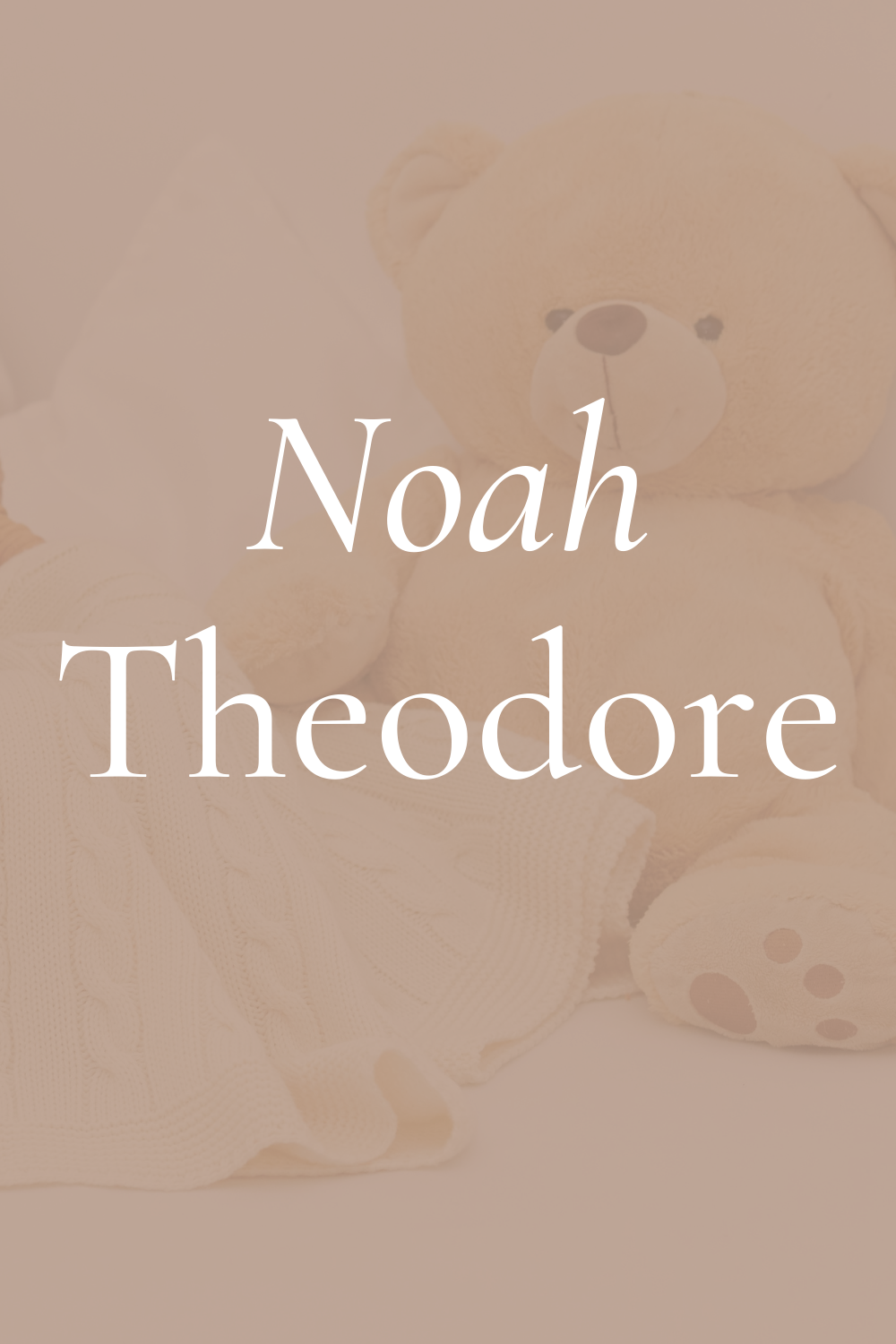 Middle Names That Go With Noah

The Best Middle Names for Noah

After scouring over 1,000+ baby names, here are the best middle names for Noah that I just can’t stop thinking about.

As always, my top picks are marked with a heart.

The Biblical names are marked with a little rainbow. 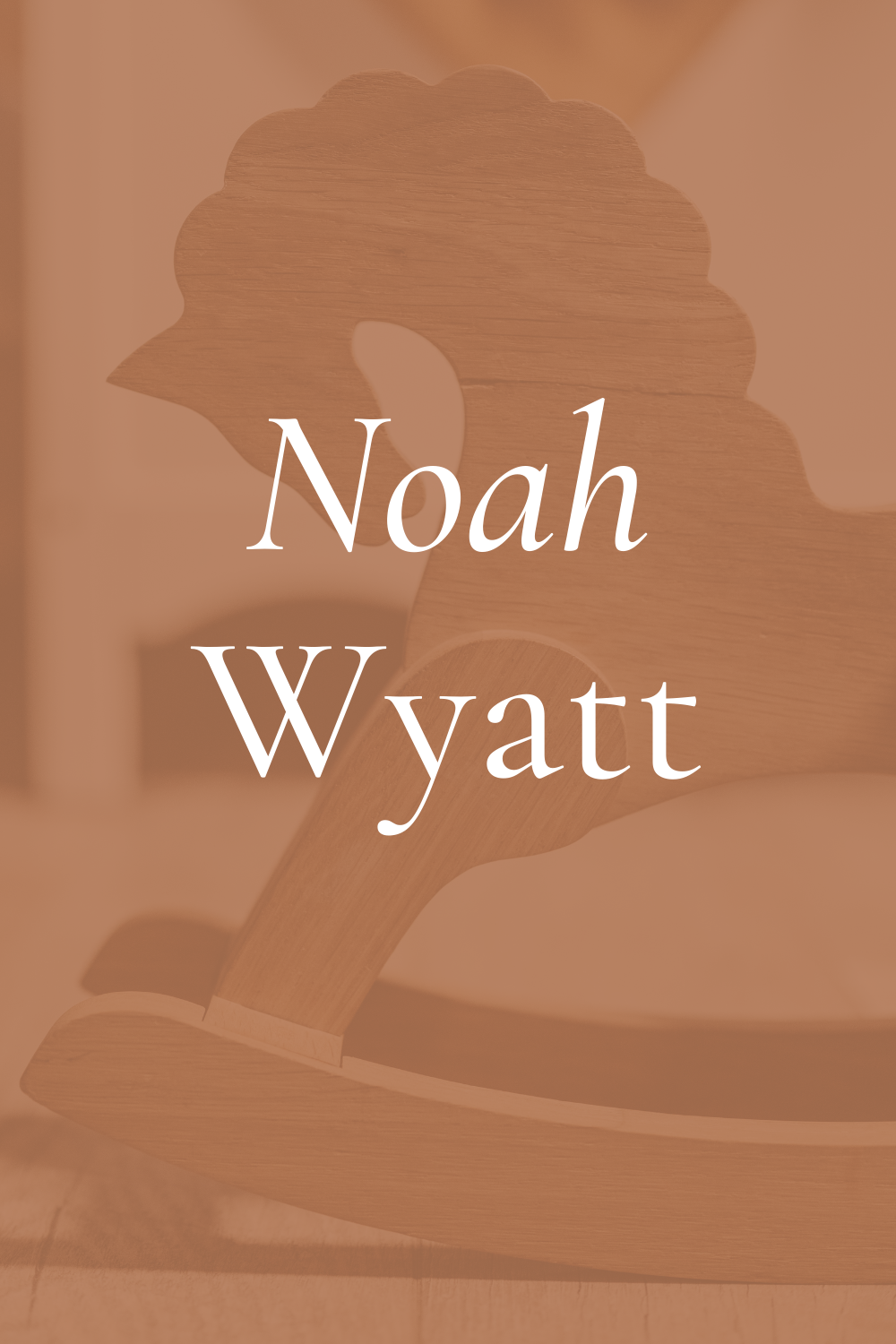 Here are my absolute favourite middle names for Noah: 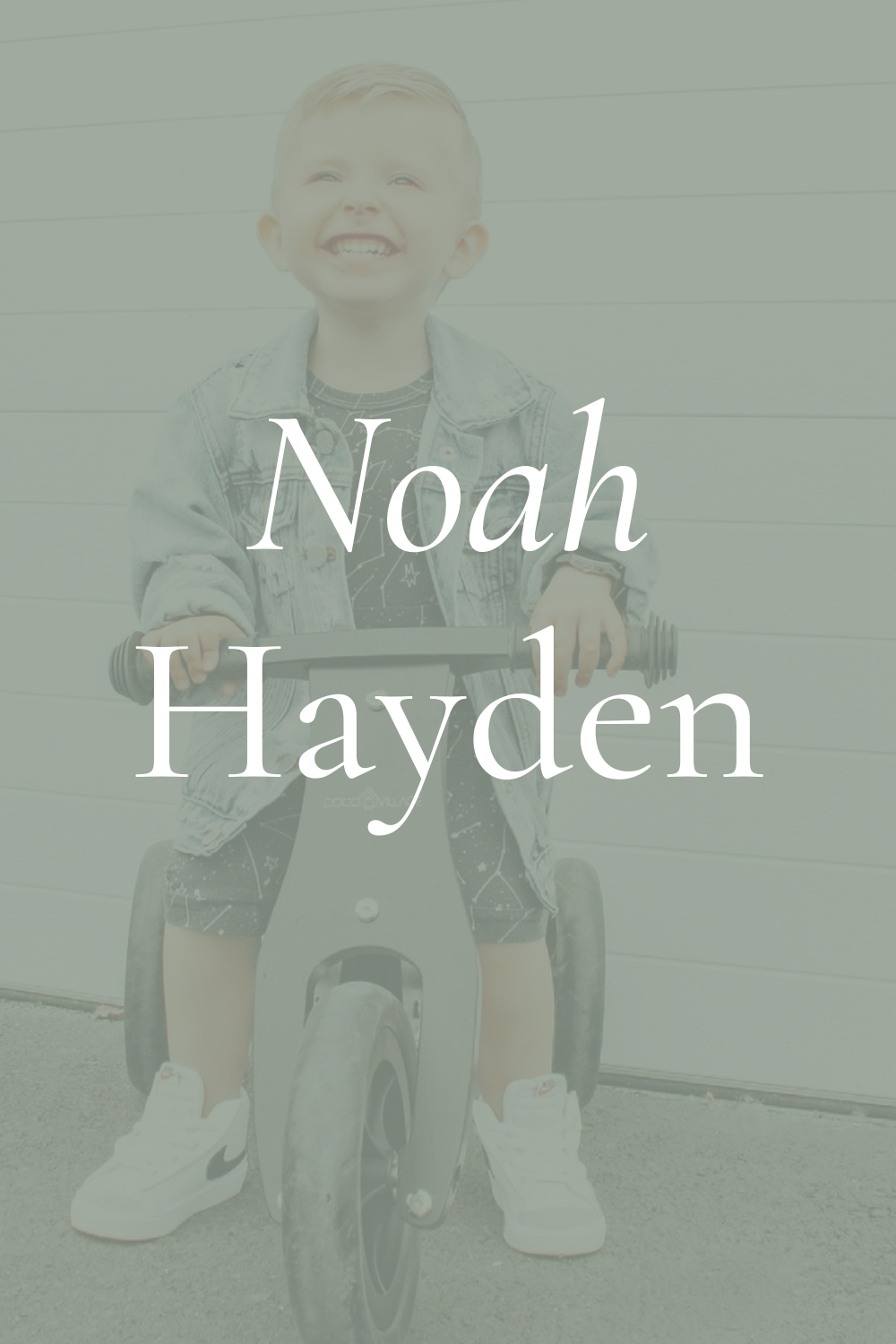 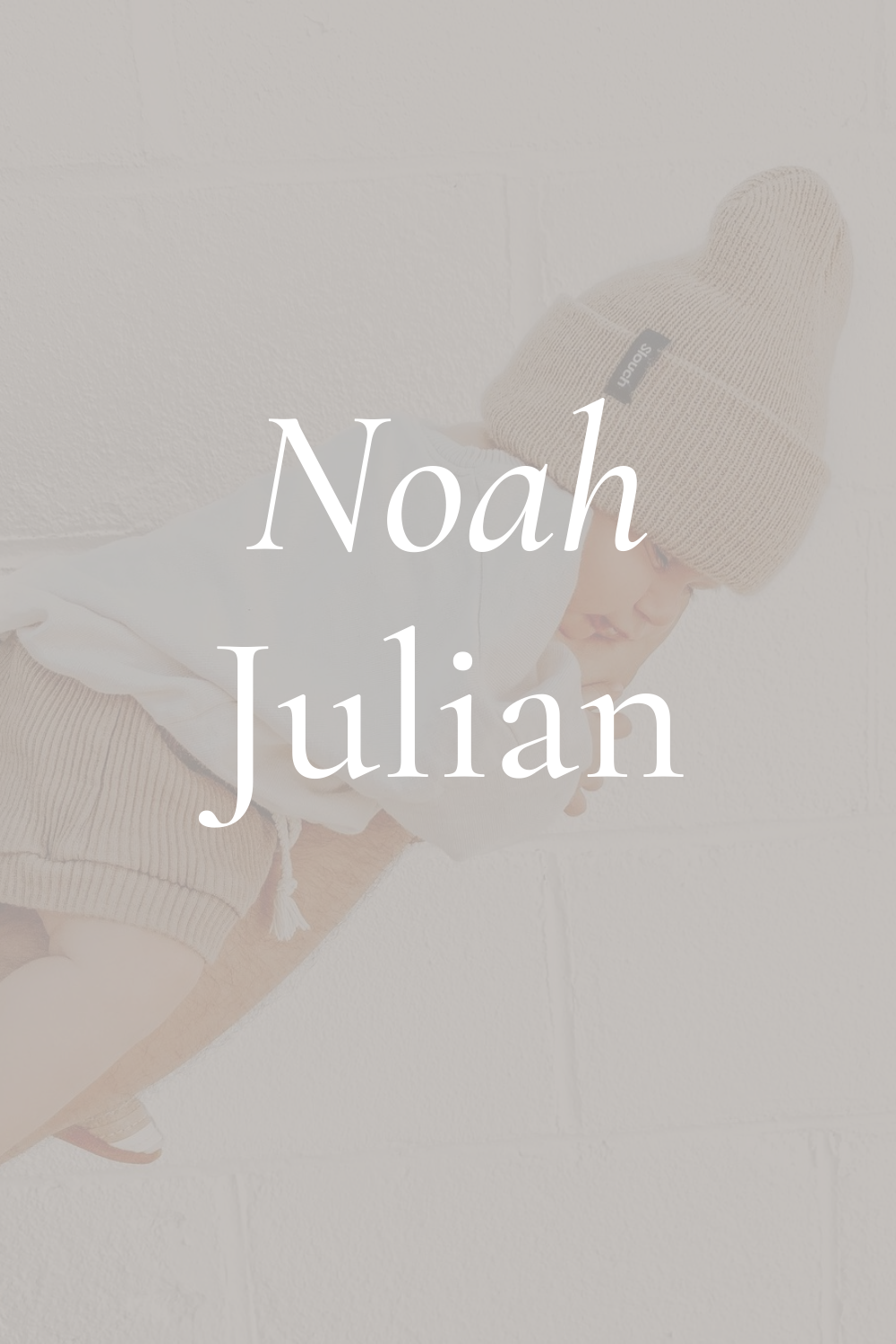 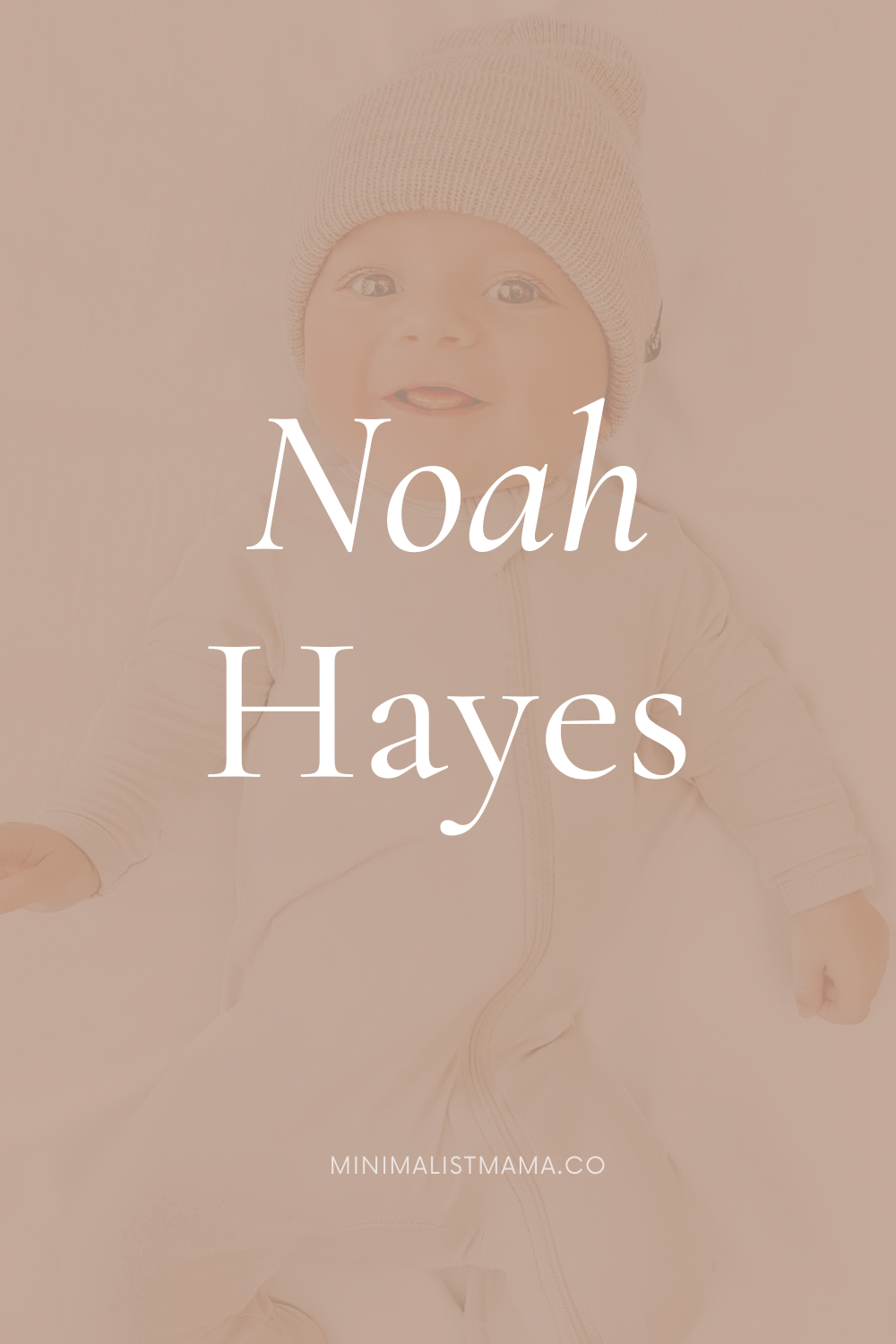 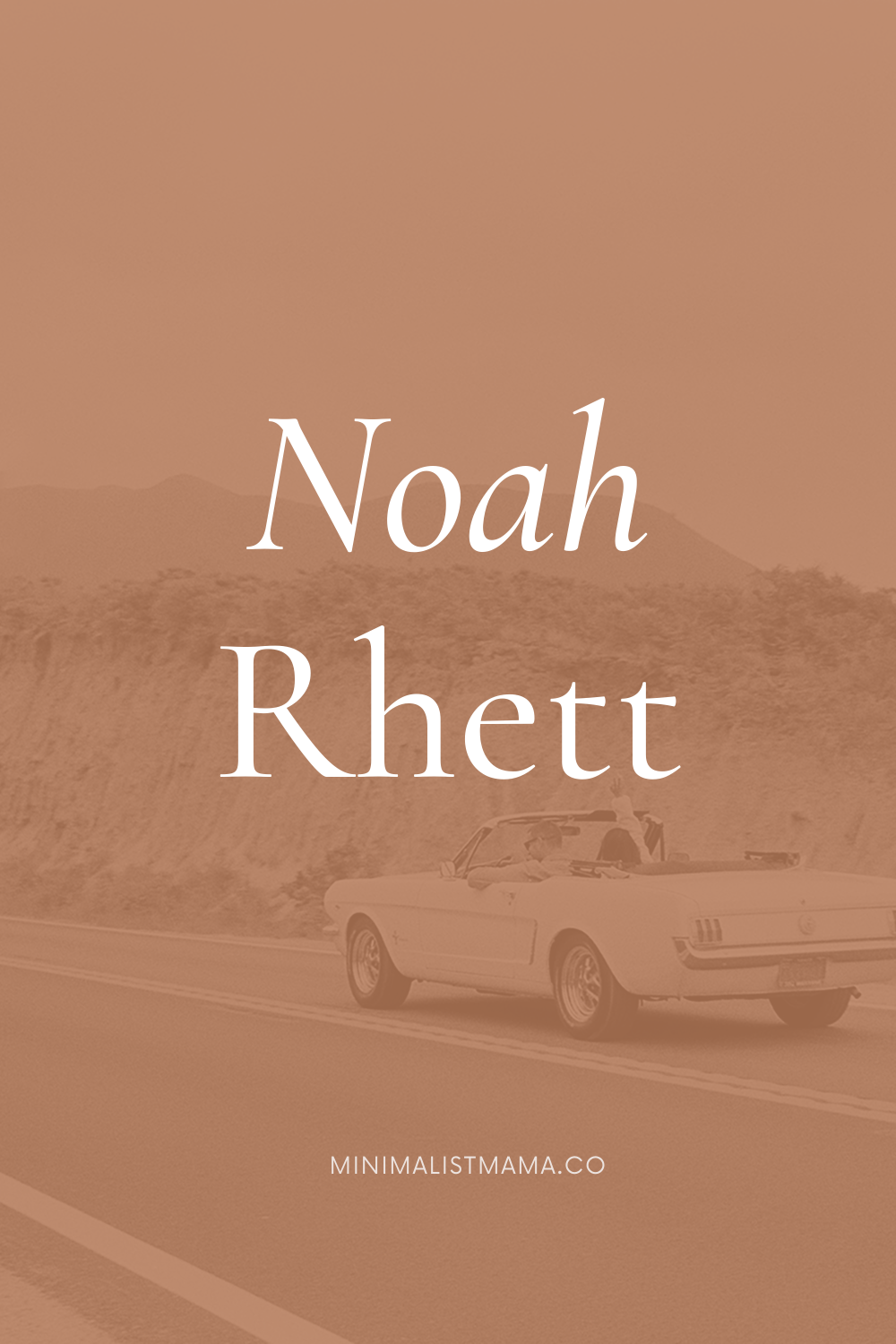 Well, my gosh. There sure are a lot of red hearts on that list. Can you tell I like the name Noah? Ha!

I Bet You’ll Love: 65+ Modern Middle Names for Elijah That You Haven’t Heard Yet

What do you think? Did you find one that sounds right to you? Which middle names are you considering for Noah?

Read Next: 75+ Wild and Strong Country Boy Names You Need to Hear 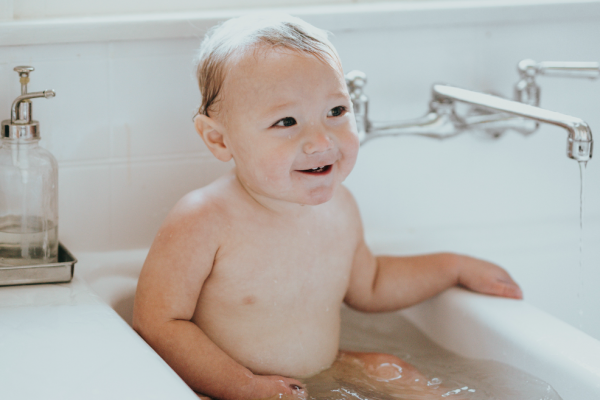 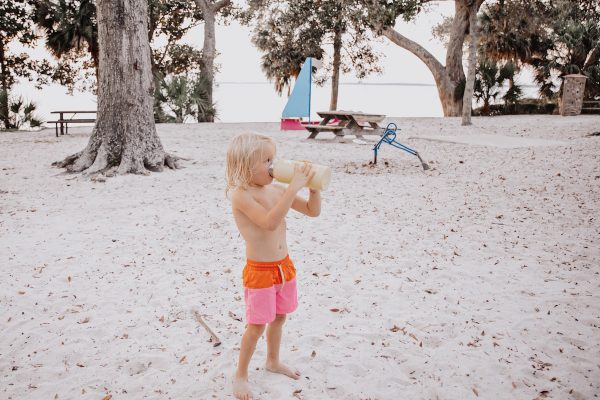 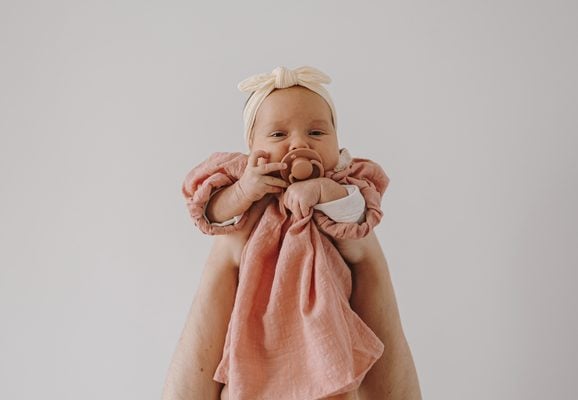 65+ *Ridiculously Perfect* Middle Names for Isla (I Am Obsessed)