Ubbi vs. Diaper Genie vs. Pure Pail: My *Honest* Review

You’re busy checking each of the items off your newborn essentials list, and reviewing each piece of baby gear that you add to your registry.

You’ve already chosen between a baby swing and bouncer (or opted for both), compared the Dock-A-Tot vs. Snuggle Me Organic, and maybe even discovered a few of these affordable Baby Bjorn dupes.

Next up – diaper pails.

It’s a face-off: the Ubbi vs. Diaper Genie vs. Pure Pail.

Is the Ubbi worth it?

The Diaper Genie’s everywhere. That must mean something, right?

And what the heck is a Pure Pail?

A new mom with a whole lotta dirty diapers, I’ve purchased and tested each of them, so that you don’t have to.

Here’s how it went –

Dubbed a modern take on the somewhat antiquated Diaper Genie, the Ubbi diaper pail is apparently a revolutionary, must-have item.

But, is it really all it’s cracked up to be?

How Does the Ubbi Diaper Pail Work?

Overall, the Ubbi is a simple diaper pail that’s easy to use.

Its major selling feature is its steel construction, which is said to eliminate odours from dirty diapers.

Instead of the flip-open top that is common with other diaper pails, the Ubbi’s lid slides backwards, which is said to prevent the stirring up and releasing of not-so-fresh air inside the diaper pail.

It’s also lined with a snug rubber seal around the opening, which is meant to help keep it airtight.

Well, at least those were all of the intentions of the product.

But, unfortunately, we just found the Ubbi to fall a little short on those promises.

Overall, we didn’t find it to be exceptionally stink-free, or really even much better, than either the Diaper Genie or the Pure Pail.

While my husband and I did notice that when sealed, you really don’t smell much of anything in the nursery, as soon as you open the Ubbi, the smell undoubtedly escapes… and with a vengeance.

Lastly, I personally just didn’t find it ergonomic or comfortable to use.

I felt it had a little too low of a profile and found I really had to lean over and away from our changing pad to trash the diapers.

Besides having to reach, the sliding door wasn’t all that smooth, and I much preferred the simple push to open lid on the Pure Pail.

What I do like, however, about the Ubbi diaper pail, is that though they make their own brand of liner bags, the design of the Ubbi allows you to use any type of garbage bag. The Pure Pail also offers this flexibility; whereas with the Diaper Genie does not.

With a price tag almost double that of my final pick, the Pure Pail, I just personally wouldn’t recommend doling out the extra cash for the Ubbi.

More of a skimmer?

Here’s a recap of the pros and cons of the Ubbi diaper pail:

Here’s how it went:

How Do Diaper Genies Work?

So, how, exactly does a Diaper Genie actually work?

The Diaper Genie includes three basic mechanisms: a foot pedal that flips the lid open for hands-free diaper disposal, a self-sealing diaper chute that contains the stink, and a pop-open body that pulls forward, allowing you to change the bag as needed.

As with many things, the system that the Diaper Genie uses to lock in odours has changed over time.

While the older models of Diaper Genie used  to actually twist the bag after each dirty diaper was tossed, the newer models have departed from this system and instead have a one-way compartment that drops the diaper into the pail once the lid is back down, so the smell doesn’t escape.

These cartridges sit inside the diaper pail and are cut into individual bags by the concealed bag cutter inside the Diaper Genie.

Once the diaper bag is full, simply press the release button to get the front cover to pop forward so that you can remove and replace the dirty bag.

The Pure Pail is a much lesser-known diaper pail, but after comparing many of the different diaper pails on the market, it’s the diaper pail we ultimately ended up keeping.

Out of all of the diaper pails, we prefer the Pure Pail because found it to contain the smell at least as well as the other models, like the simple design, found it ergonomic, and liked how it didn’t get jammed or stuck when were trying to throw away a diaper.

How Does the Pure Pail Work?

The Pure Pail is a sleek diaper pail with a one-tap pop-up lid that just requires a gently push to open.

While they do make their own trash bags which are reasonable priced, what’s really convenient about the Pure Pail is that you can also use regular tall trash bags if you choose.

In addition to the flexible choice in refill bags, the Pure pail is also tall enough and easy to use – both my husband and I found it to be a good fit for us, as well as ergonomic.

Lastly, the Pure Pail also includes a great little child lock feature, which has proven very handy as our little one has moved into toddlerhood, and loves exploring his nursery.

Here’s a look at our take on the pros and cons of the Pure Pail:

After having purchased all three diaper pails – the Ubbi, Diaper Genie Complete, and Pure Pail, we started using the Diaper Genie because it was nice and tall, and includes a foot pedal, which we found to be the most convenient.

After a few months of using it, the diaper chute started to get jammed, so we had stinky diapers getting stuck in the top part of the Diaper Genie and it was a huge pain in the butt. Being limited to having to buy the specific (overpriced) bags that the Diaper Genie requires got old pretty quickly, too.

At the end of the day, though we started using the Diaper Genie and liked it because it felt the most ergonomic, the diaper chute started to get jammed and having to ensure we had their particular bags on hand all the time got annoying, so we swapped it out for the Pure Pail, and we’ve stuck with it ever since.

We like the simple, sleek design of the Pure Pail, the fact that you can use any type of trash bags to line it, and that nothing gets jammed or stuck while we’re using it.

What’s more is that the Pure Pail is also only half the price of the famed Ubbi diaper pail, and less than the Diaper Genie, too.

So, if you’re stuck trying to figure out which diaper pail you should shell out that hard-earned cash on, this mom’s recommendation is the Pure Pail. 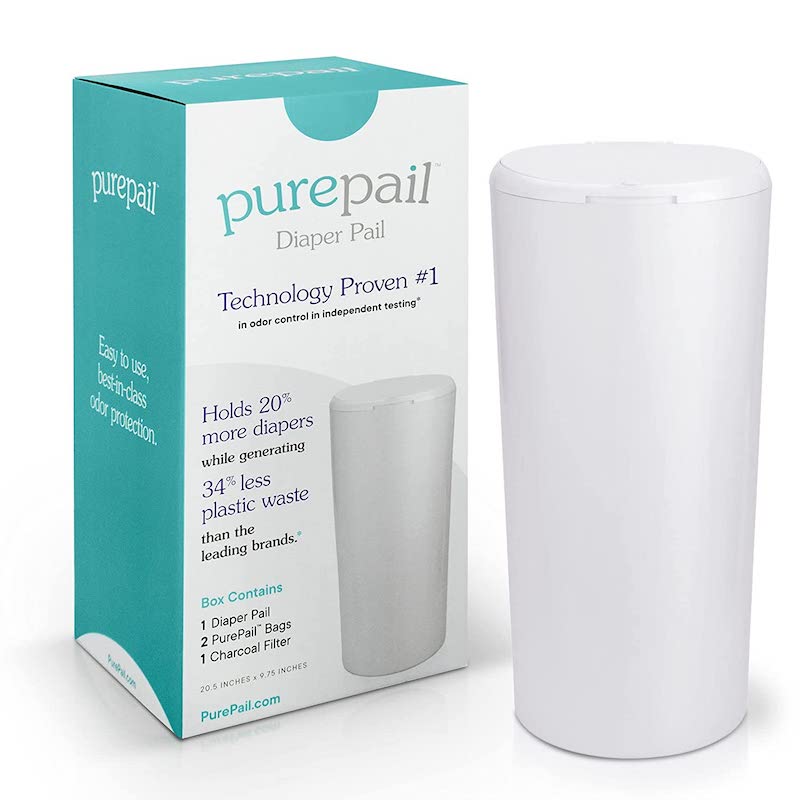 ✨9+ Simple Pregnancy Insomnia Remedies That Worked For Me 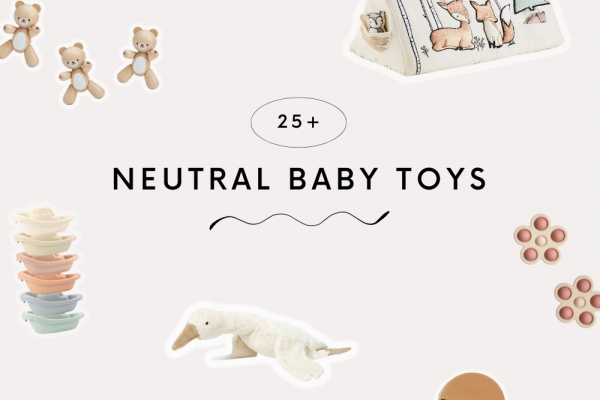 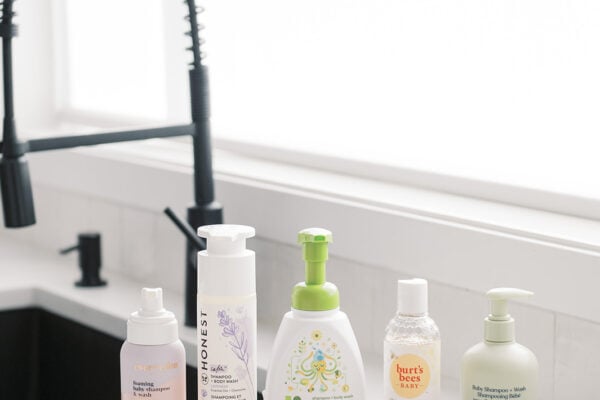 The *Very* Best Non-Toxic Baby Shampoo (And Which To Avoid)